A very personal Introduction to the Museum’s collection 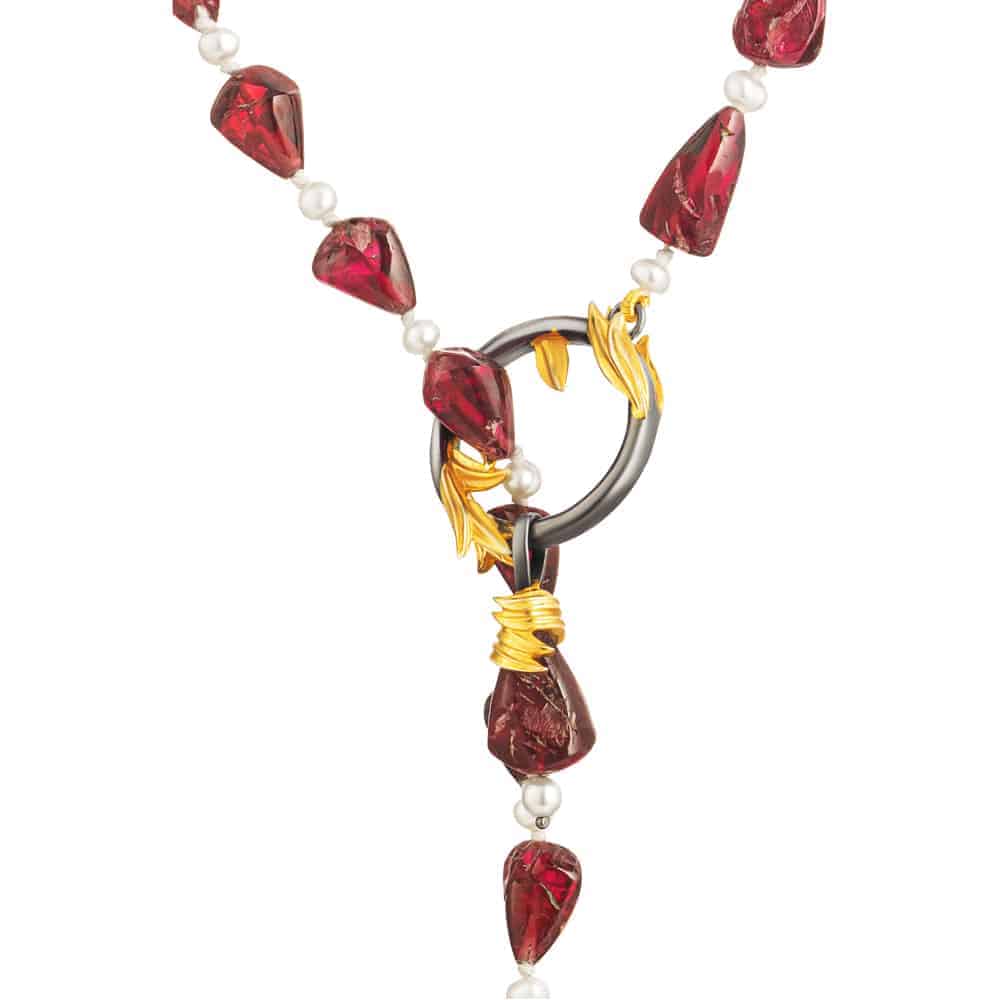 I knew a career in jewellery was destined when at the age of 16 I saw an image of a pectoral (chest plate) from the tomb of Tutankhamun. I was captured by both its beauty and symbolism and my passion for jewellery ignited. But where and how to start my learning?

The desire to study aesthetic objects and visual expression was facilitated by studying for a Bachelor of Arts degree in ‘The History of Art and Architecture’ at Manchester University. This was followed by a post graduate diploma in Museum and Art Gallery studies.

An Art History degree would initiate and crucially underpin my academic understanding, not just of paintings, sculpture and architecture; but with historical and cultural context of all decorative arts, including jewellery. I was to then write my dissertation on ‘The language of hieroglyphics in Ancient Egyptian jewellery’.

This degree enabled me to understand how a work of art is made, why it looks the way it does and what impact does this have. This degree also gave me the skill of looking, but most importantly, actually seeing – learning to really see with my eyes, brain and heart. I was further fascinated to learn what unifies us across all cultures and centuries, how to see the bigger picture, how symbols generate a narrative and how I might facilitate the means to interpret them, bringing to life a hidden story.

One simply cannot learn the entire ‘history of art’ but the course curriculum offered the pure joy of immersing into a particular movement, field or genre. A standout semester on ‘Portraiture’ taught by then department Head Marcia Pointon (a leading British scholar) was profound. She was an inspiration, not just academically, but thanks to her teaching and example I gained the confidence in my own insight, views and opinion, she literally helped me to find my voice. And now over twenty years later, she is still teaching and guiding me as the author of ‘Brilliant Effects: A Cultural History of Gem Stones and Jewellery’

But let’s return to the passion and now immense appreciation of ‘The Portrait’. Before the invention of photography, a painted, sculpted or drawn portrait was the only way to record the appearance of someone. But portraits have always been so much more than just a record. They have been used to show the power, importance, virtue, beauty, wealth, taste and other qualities of the sitter.

Apart from the sitter, portraits shed a light on is the gaze of the painter. They say that beauty lies in the eyes of the beholder, but doesn’t everything to do with seeing has to do with the eyes of the beholder? The viewer ultimately sees what the viewer decides to see. However, it is the painter that tries to influence a certain thought or an idea through a painting. The job of the painter is how best can they influence their ideas through the medium of paintings.

John Berger in his BBC series Ways of Seeing said, “Men act and women appear. Men look at women. Women watch themselves being looked at.” He was absolutely correct. In his series, he talks about the male gaze, whose evidence is the majority of paintings. Almost all the paintings were painted from a male perspective – because the majority of the painters were male. Nobody expected women to be painters. This is also one of the reasons why I am drawn to the paintings of Artemisia Gentileschi. In an age where the only things expected out of a woman was to be confined to a life of domesticity, she painted.

Artemisia’s own life was filled with heartbreaking incidents. Her teenage years were filled with vile horrors. But for her, that was just a part of life. Due to the lack of female painters, you rarely saw a woman seen through a woman’s gaze. She defied all the conventions and challenged what was expected of her. Unlike her male colleagues, the women in her paintings were very much like her; they took charge of their own stories, instead of accepting the life given to them. Artemisia’s paintings are a prime example of what is truly possible and how there is a shift in narratives when the narrator changes.

She often painted historical and biblical subjects. She had the ability to paint images that were not only realistic, but contained multitudes of emotions. She gave her subjects a voice and did away with the male gaze that was prevalent at that time.

Artemisia stood for courage. She lived through it and by it. I admire her not only for her unbreakable spirit, but also because she was passionate about what she did. She fought to be able to do things that she loved. This, I believe requires more courage than anything else.