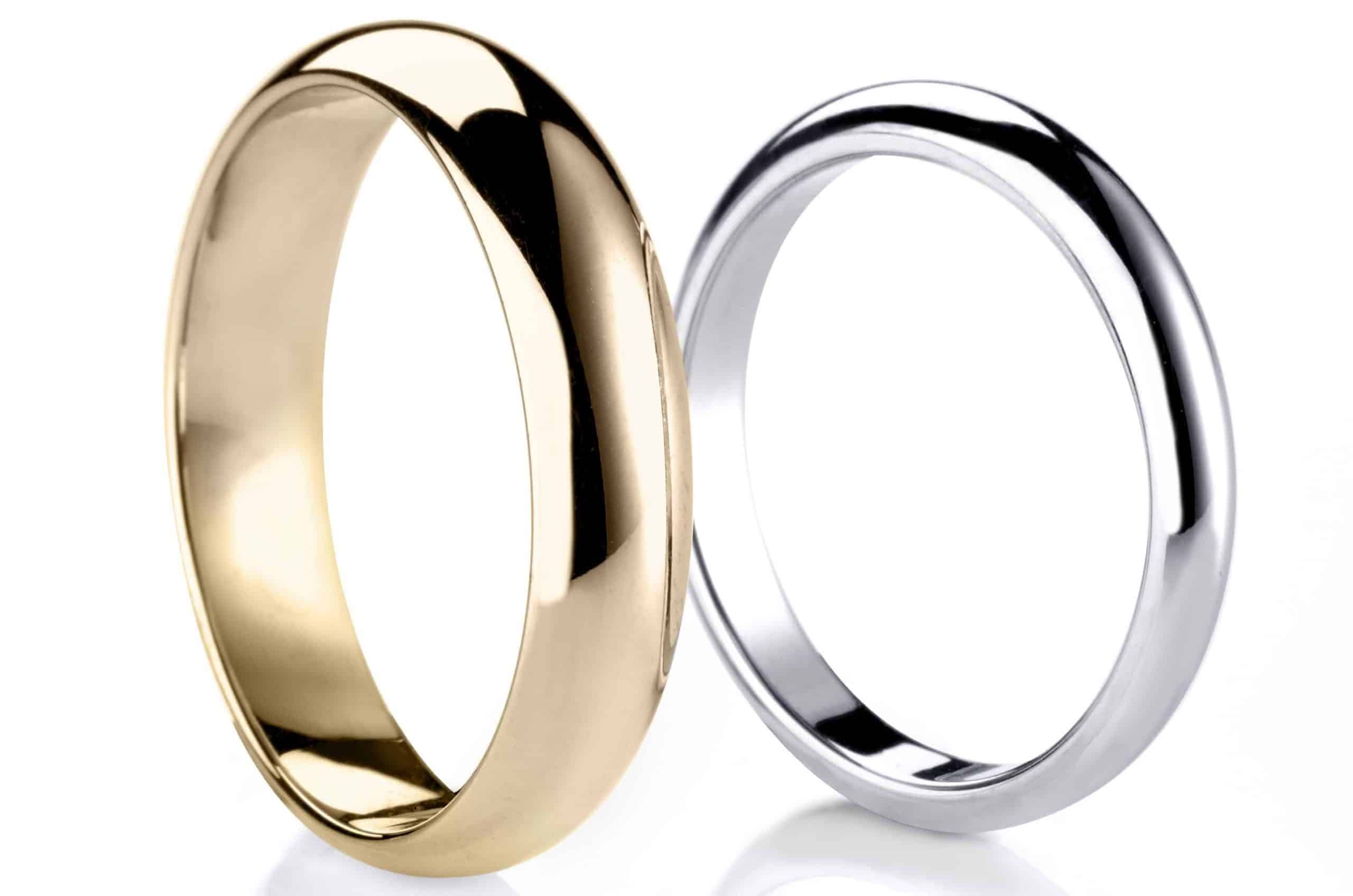 The choice of precious metal for jewellery, most especially a wedding ring, is based on both aesthetic and technical considerations. There are many options that present the opportunity to source the perfect wedding ring…

The overall visual appearance is determined by:-

Due to their strength and durability the superior qualities of only the hallmarked metals, Gold, Platinum and Palladium are explained here.

From time immemorial, the incorruptibility and durability of gold has symbolised the enduring qualities of true love.   Therefore a wedding ring of this precious metal is given which has no beginning and no end, that symbolises mutual commitment and eternal love.

Representing purity and perfection, its inherent colour is an embodiment of the sun and was used as symbolic offerings in ceremonial purposes.  Today it is symbol of wealth and prosperity.

‘Caratage’ is the measurement of gold alloyed with other metals.  24ct carat is pure gold with no other metals 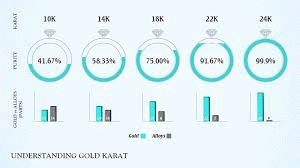 Pure gold is too soft for practical uses, but as an alloy with silver, copper or other metals is ideal for precious jewellery.   The portion of gold in an alloy is expressed in fineness that is parts of gold per thousands and carats.

22ct gold contains the most “pure” gold, workable as jewellery (916 parts per thousand).

18ct gold is the usual quality for fine jewellery in the UK.  18ct gold contains 75% pure gold (750 parts per thousand).

Gold is inherently yellow in colour and this is still the most popular colour choice, but today gold is available in a diverse palette, when alloyed gold can also appear whiteish, greenish, reddish or even brown and black!

Gold is naturally a yellow metal therefore ‘white’ gold is achieved by mixing yellow gold with alloys such as silver, zinc, palladium or a combination which provide the ‘bleaching’ agent. White gold is available in 9ct and 18ct.  It may be necessary to plate white gold with rhodium (part of the platinum family) to create a whiter finish as the natural colour of white gold is more of a light grey.

Rose gold owes its beautiful colour to copper alloy, the more copper added to the redder the gold becomes and also the tougher, more malleable and ductable thanks to the inherent properties of copper. 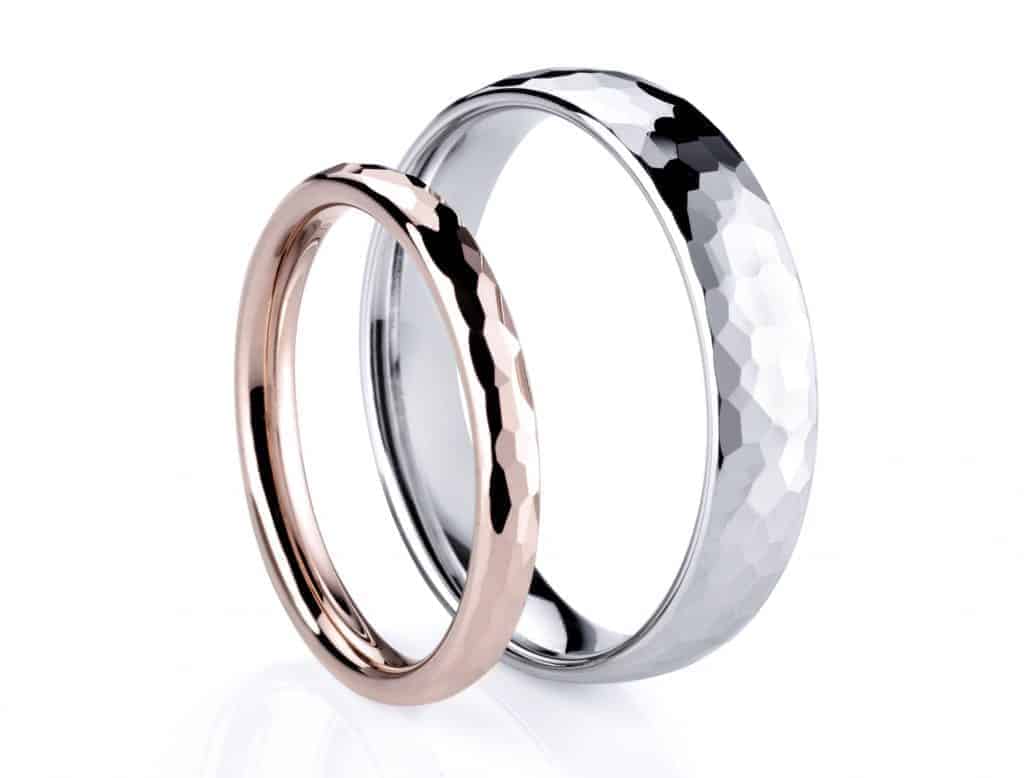 Platinum has been used commercially for jewellery from the late nineteenth century and is the rarest precious metal.  The most expensive of the precious metals its superior strength is often a feature of choice for a couple’s meaningful wedding ring.

Contained in meteorites that first impacted the earth over 2 billion years ago, more ‘recently’ in 1780 King XVI of France declared it “the only metal fit for kings’.  In fact fifteen years later it was used as the metal of choice for the metric system of weights and measures due to its durability.

The royal connection continued early in the 1900’s when Cartier was the first jewellers to successfully create platinum jewellery using it to enhance the brilliance of diamonds.  When in 1967 Elvis and Priscilla exchanged platinum wedding rings the romance and popularity grew over the next decades

Purity – Platinum jewellery is mostly 95% pure.  It’s natural white lustre helps to reflect the brilliance of diamonds.  Platinum does not fade or tarnish

Rare – The greater the rarity the greater the value –  and cost.  If all the platinum ever mined were poured into an Olympic swimming pool, it would only just reach your ankles.  By comparison, the world’s gold would fill three pools.

Eternal – The density of platinum makes it more durable than other jewellery metals.  It does not change shape or wear aware, ensuring a strong and stable setting for diamonds and gemstones

Platinum’s rarity is combined with its high demand, not just for jewellery but in medicine, computers and industry.  Only 20% of the production of platinum is destined for the jewellery industry as it malleability, purity, strength and non-corrosive nature it used commercially.  This under normal economic circumstances, drives higher prices than other precious metals. 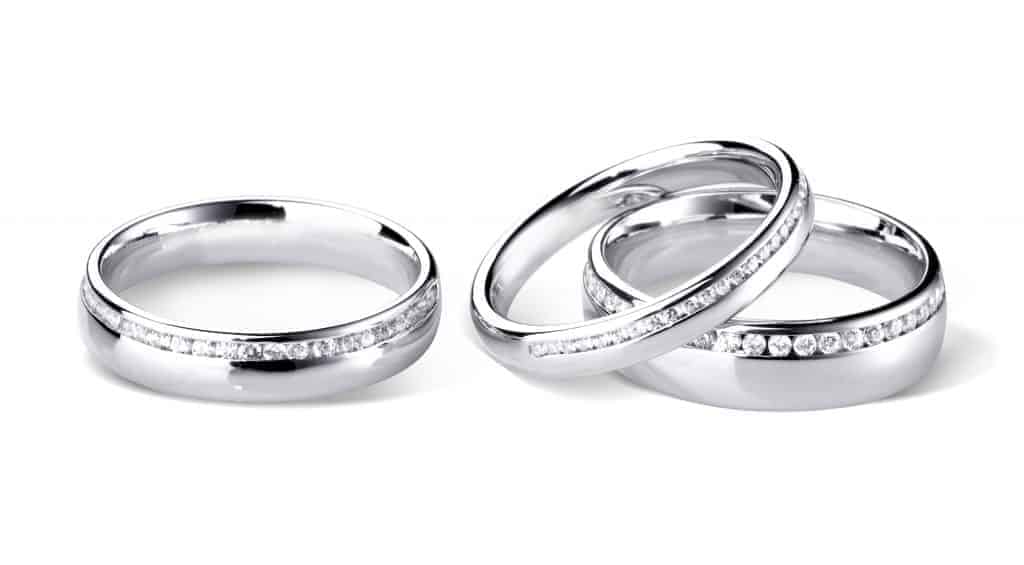 Palladium is from the platinum group of metals but does not possess the same qualities of strength and durability.  However, it is also substantially lighter making it a lot cheaper.  Palladium is slighter greyer than platinum in appearance. 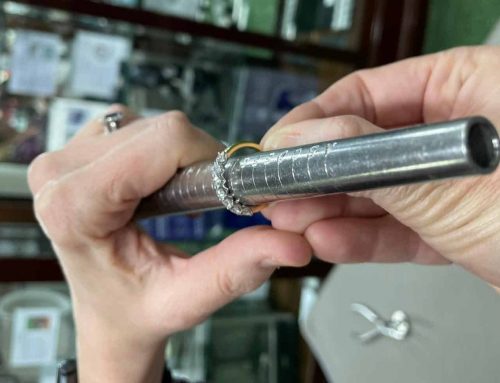 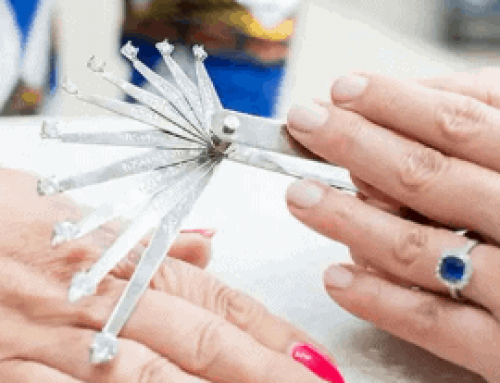 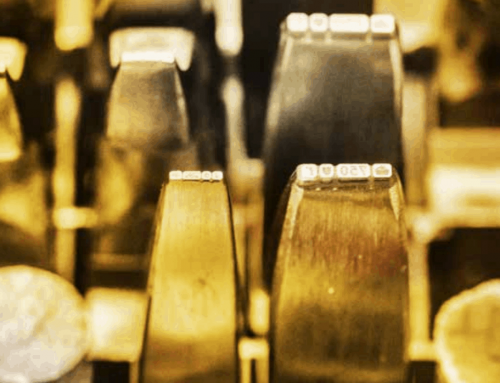